A print publication exploring themes of science-fiction through short stories, non-fiction articles, and experimental narratives. From artificial intelligence and autonomy to perceptions of time and ideas of the alien, Sector Magazine seeks to engage readers in perspectives of thought to broaden their understanding of science-fiction’s most enduring question: What does it mean to be human? 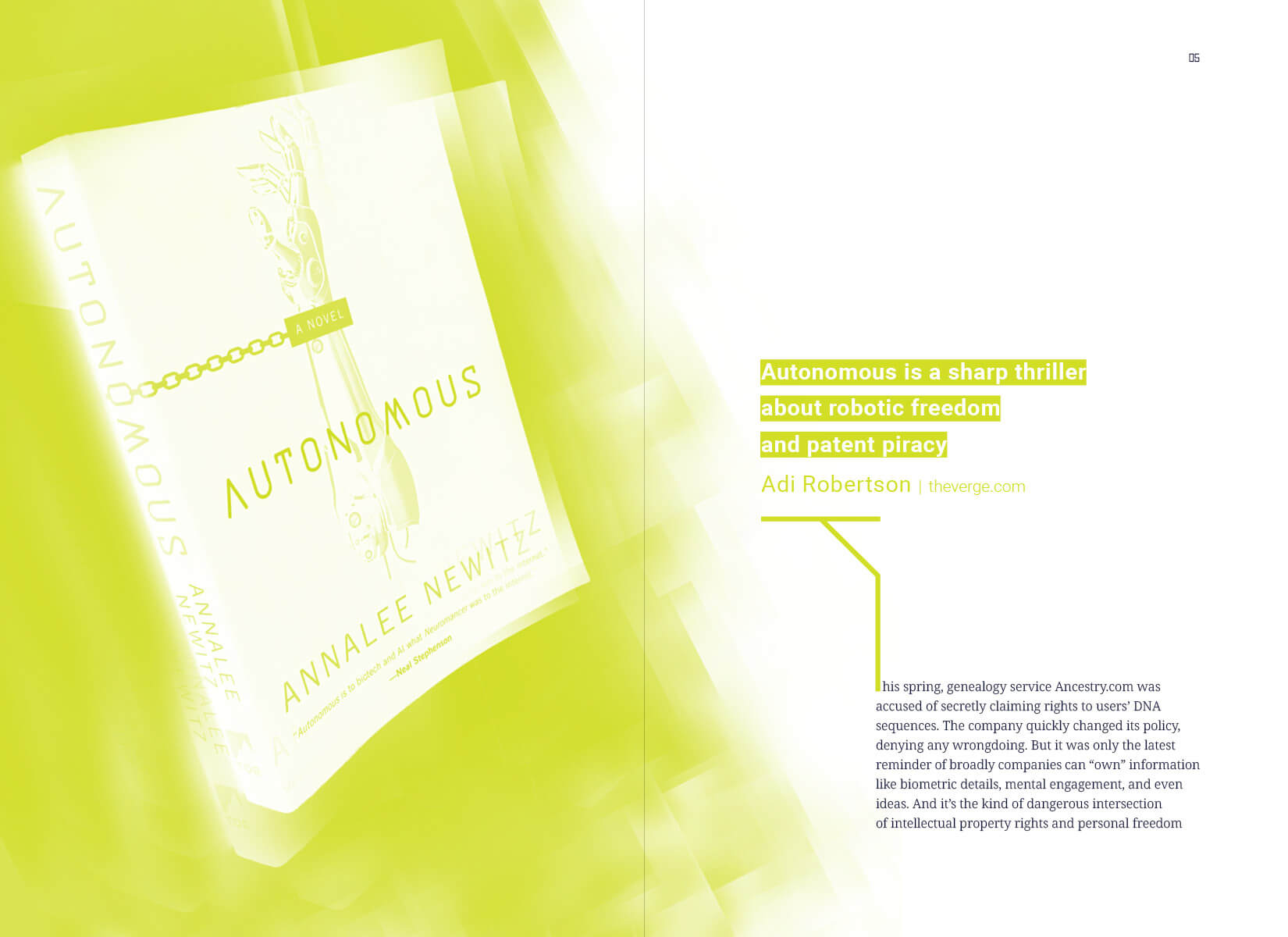 This first issue, Sector 01, investigates the theme of autonomy as it relates to artificial intelligence, autonomous vehicles, questions of free will, and more. 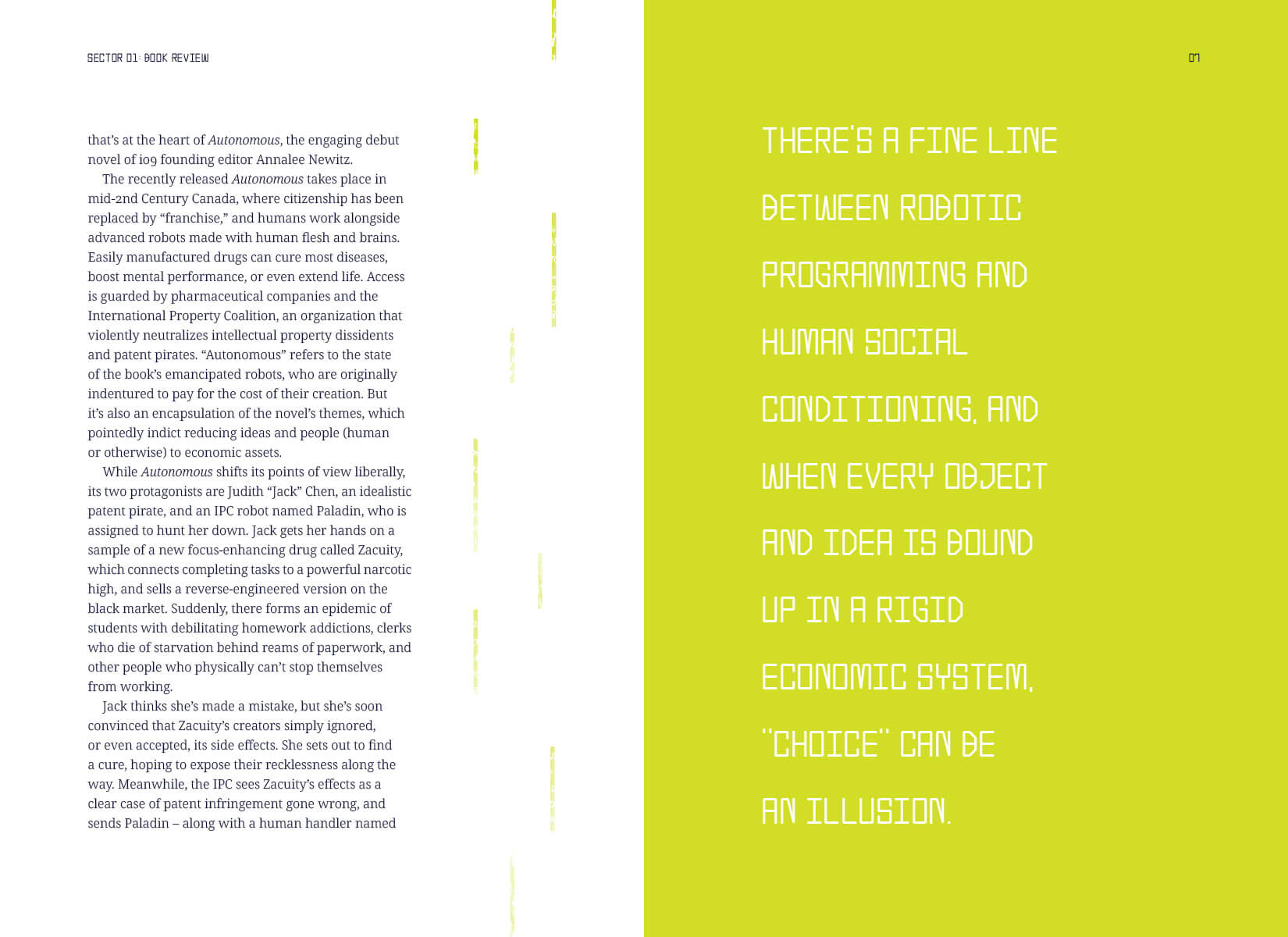 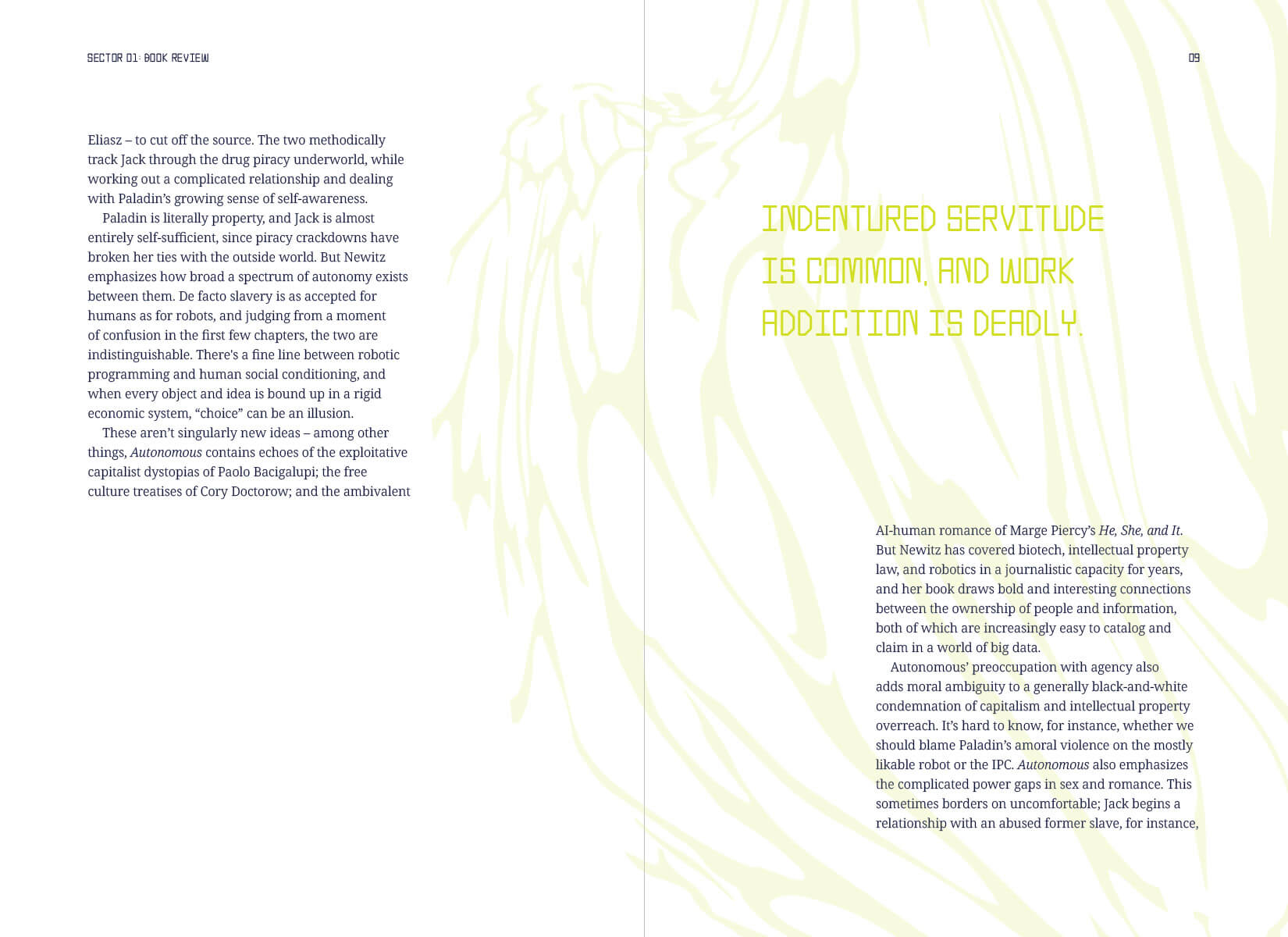 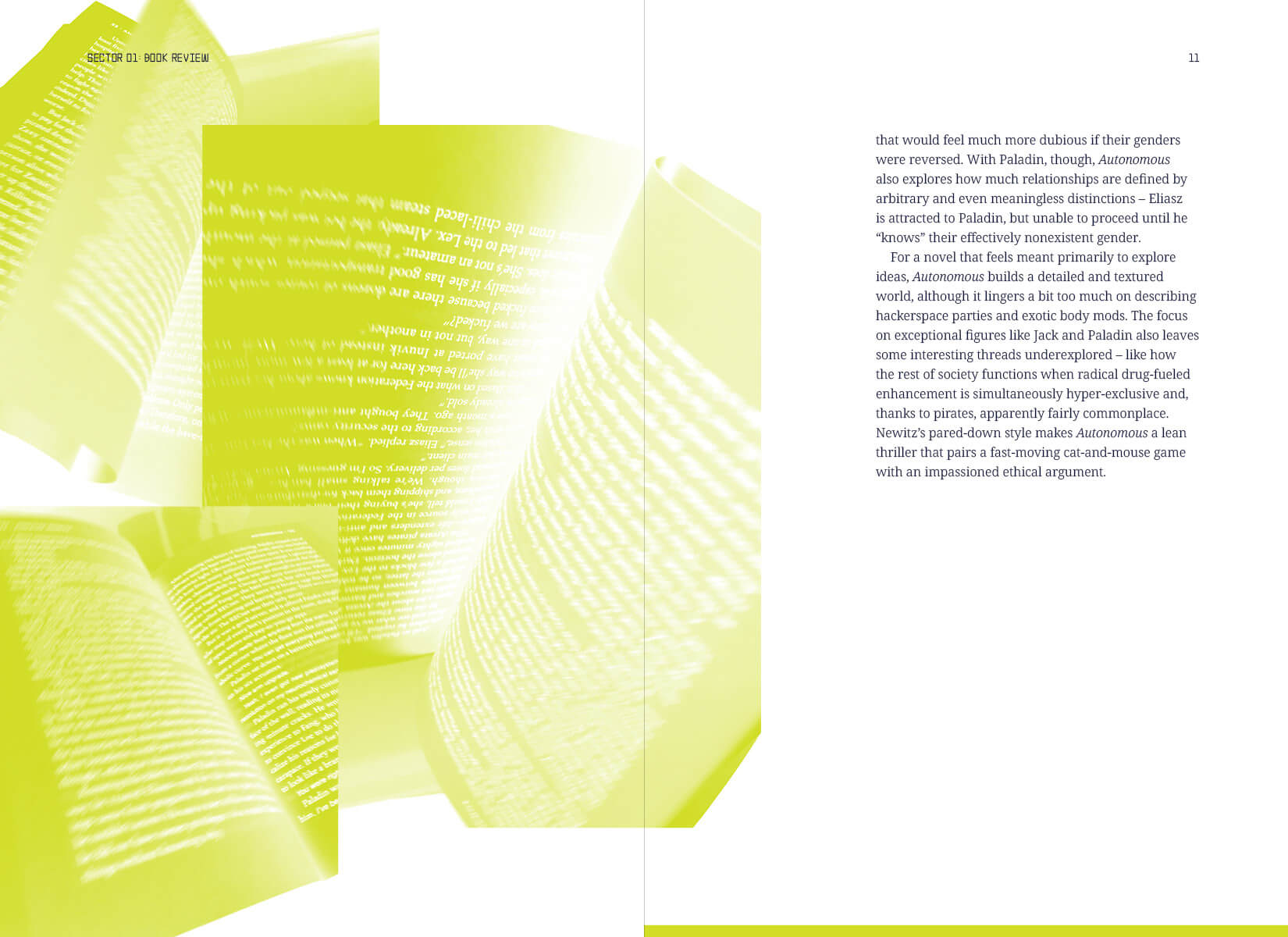 To support the issue’s origins in ideas of artificial intelligence, I created the custom typeface “Paladin”, named after a character from Annalee Newitz’s novel Autonomous. The letterforms, built around a standard grid, evoke a rigid type-style that might be used in a high-security bunker. The standard version is used for pull-quotes, while a three-dimensional variation serves as Sector’s masthead and drop-caps. 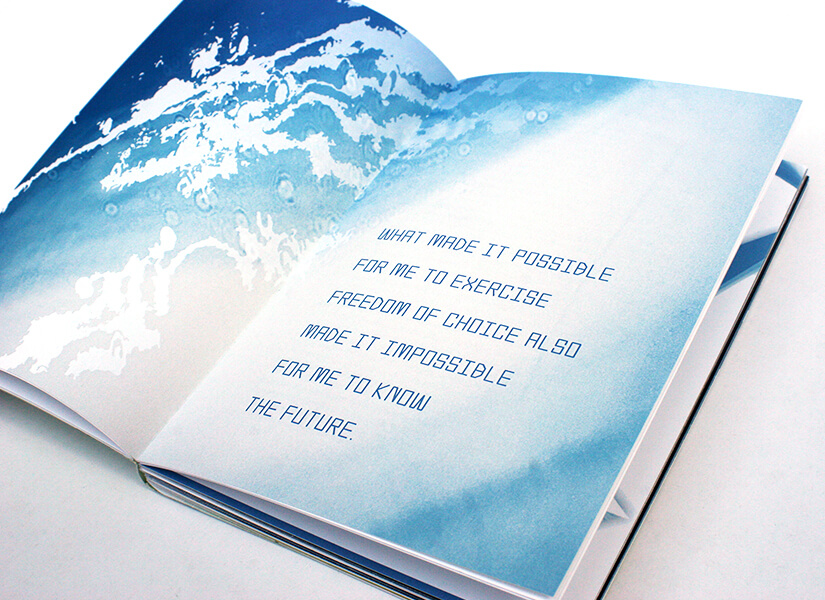 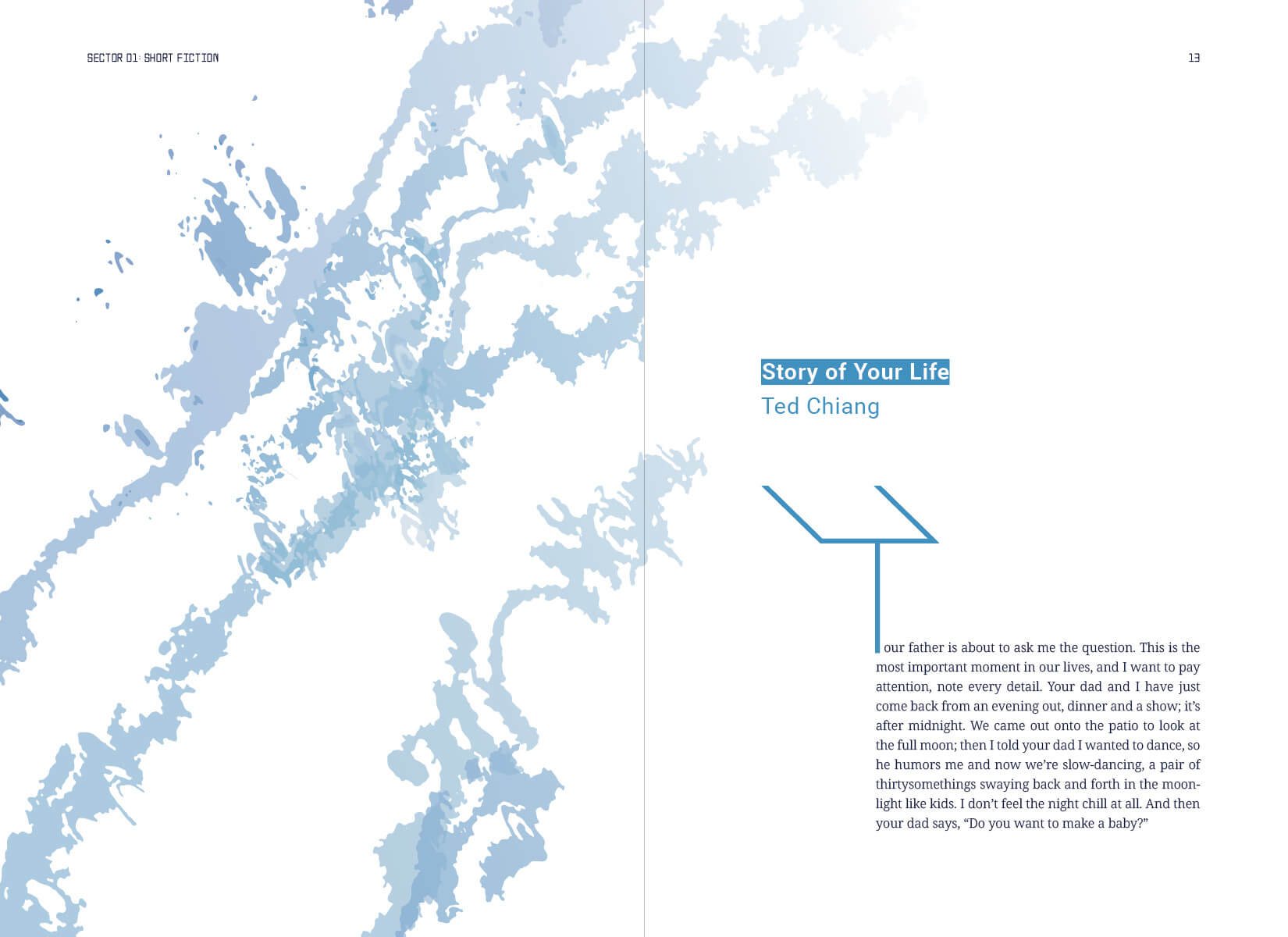 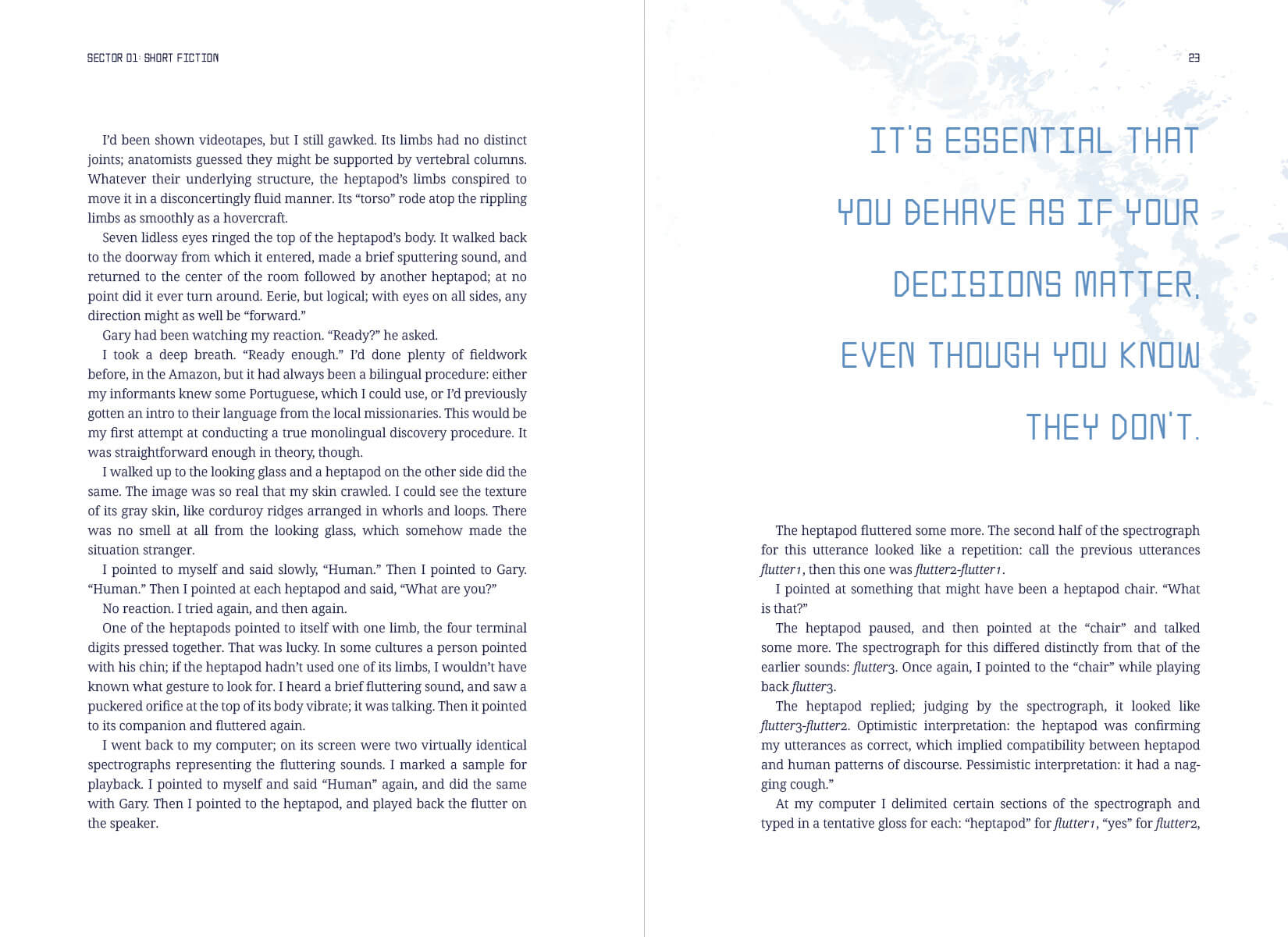 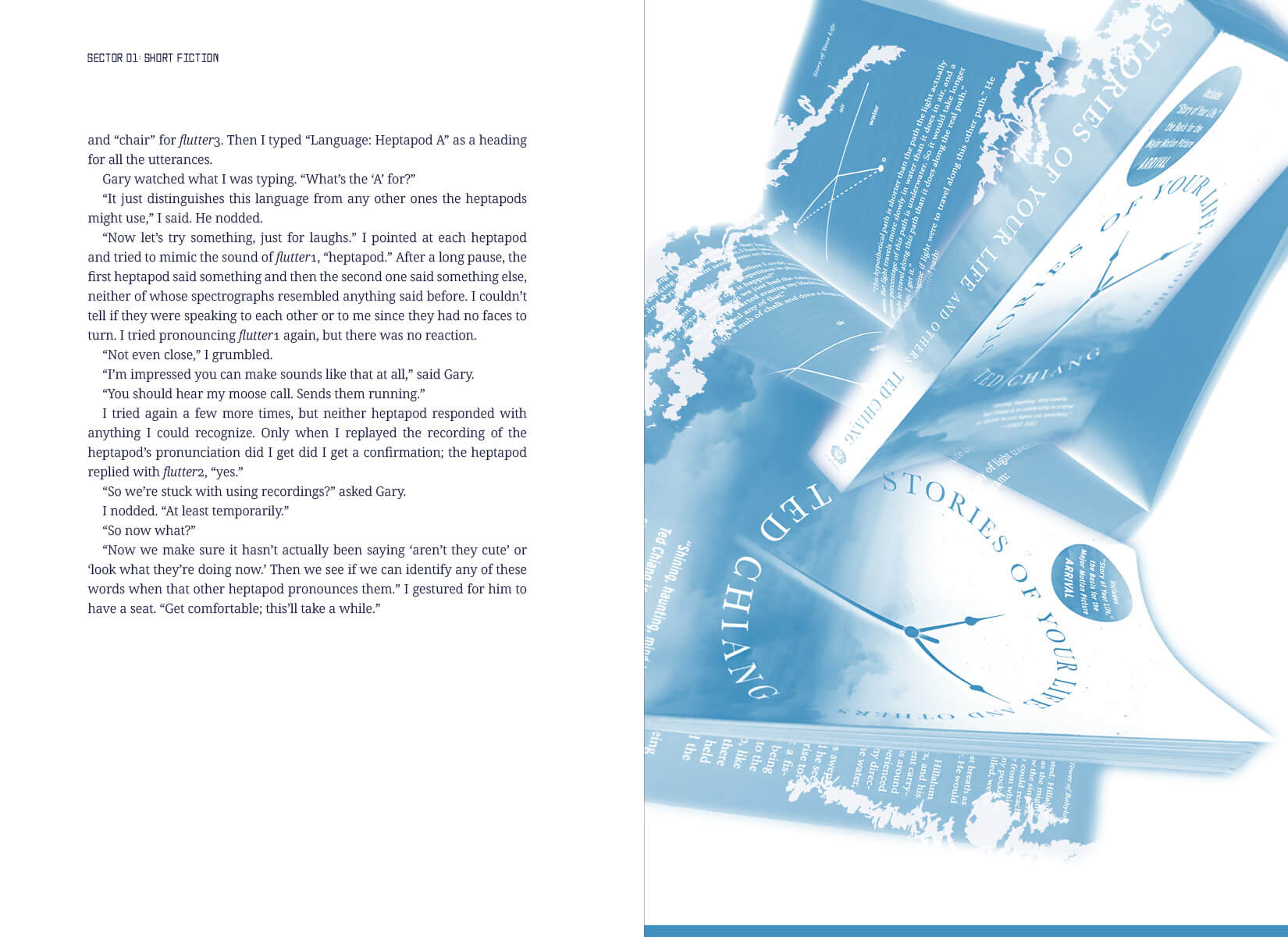 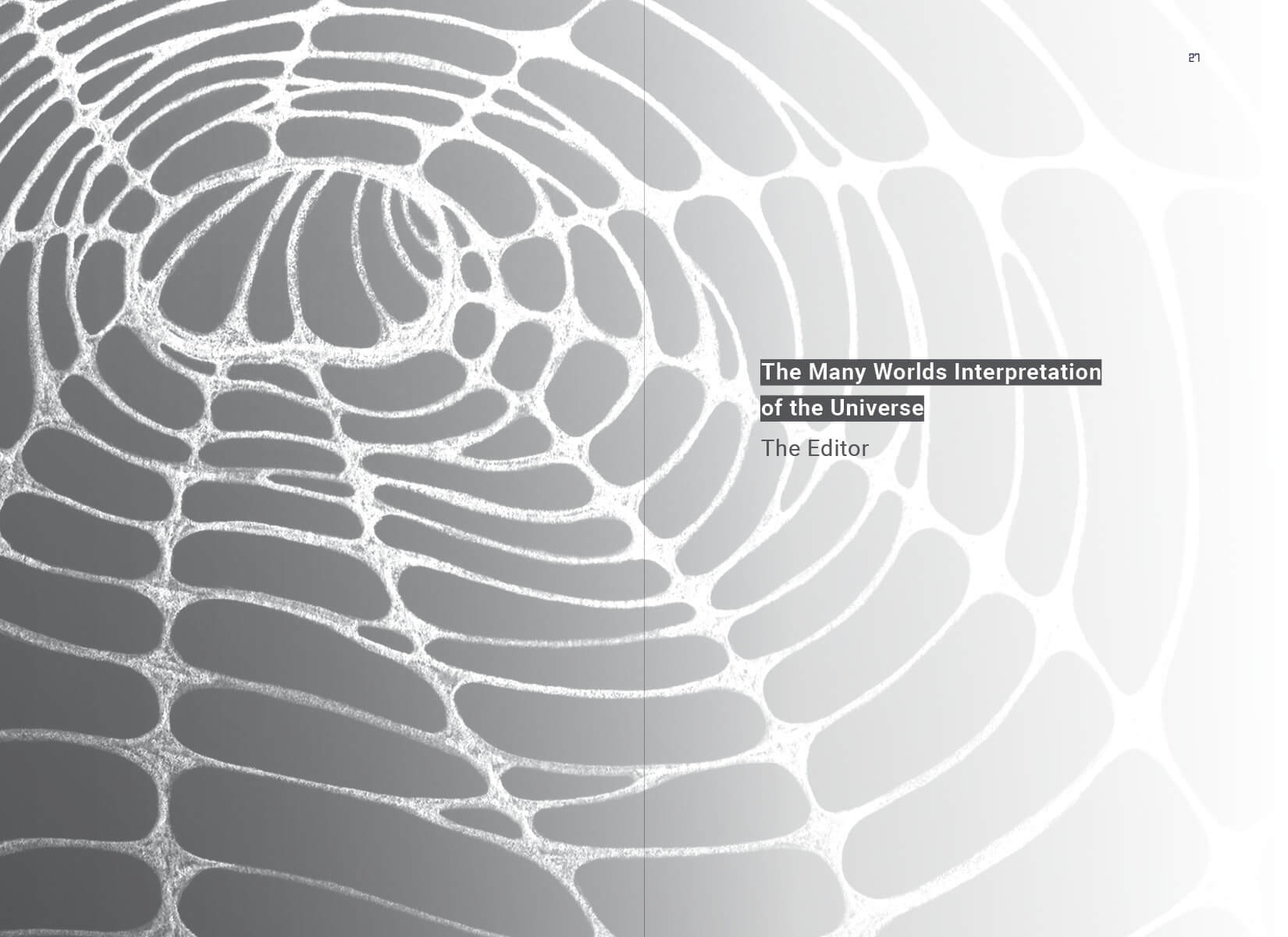 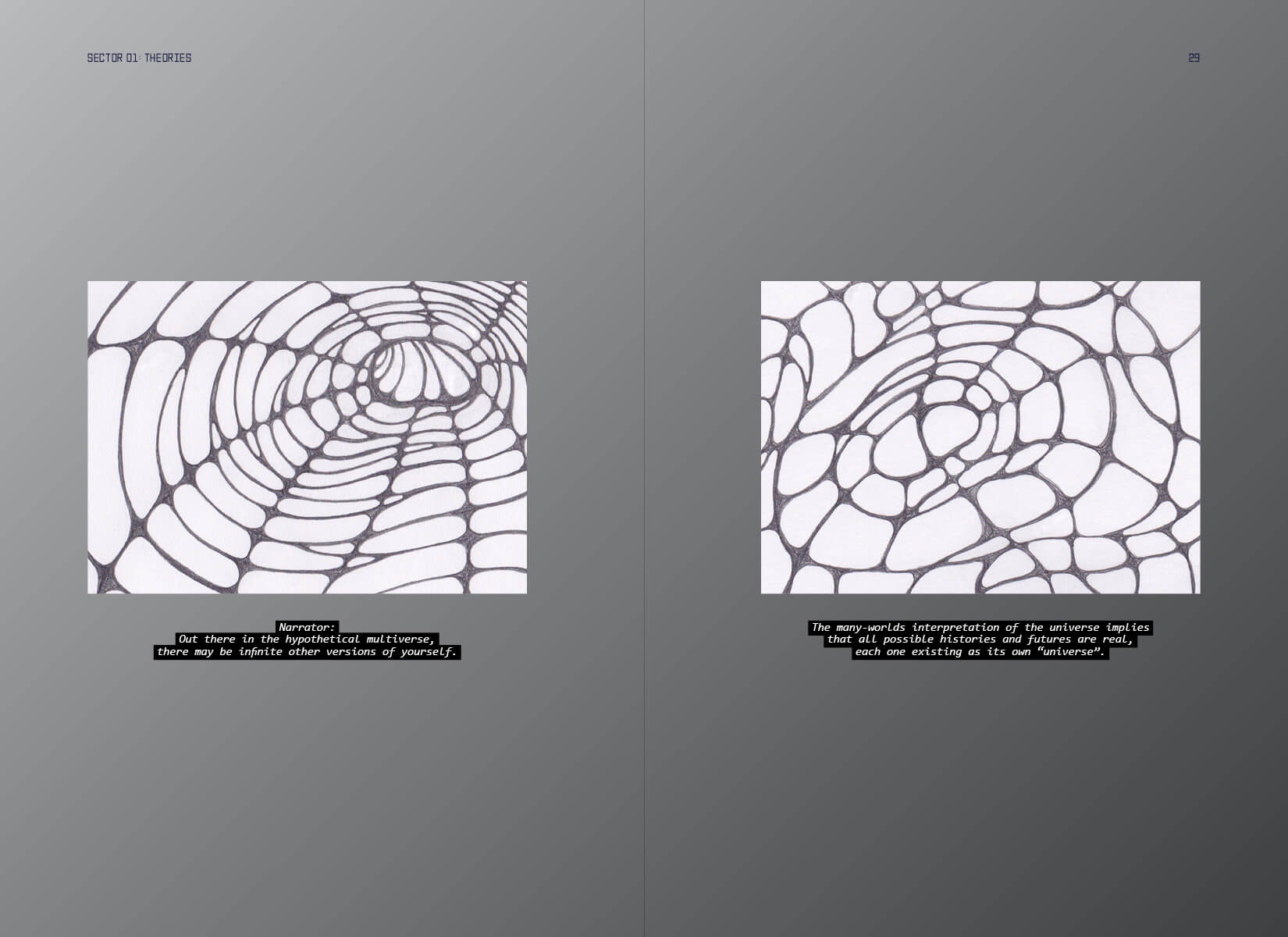 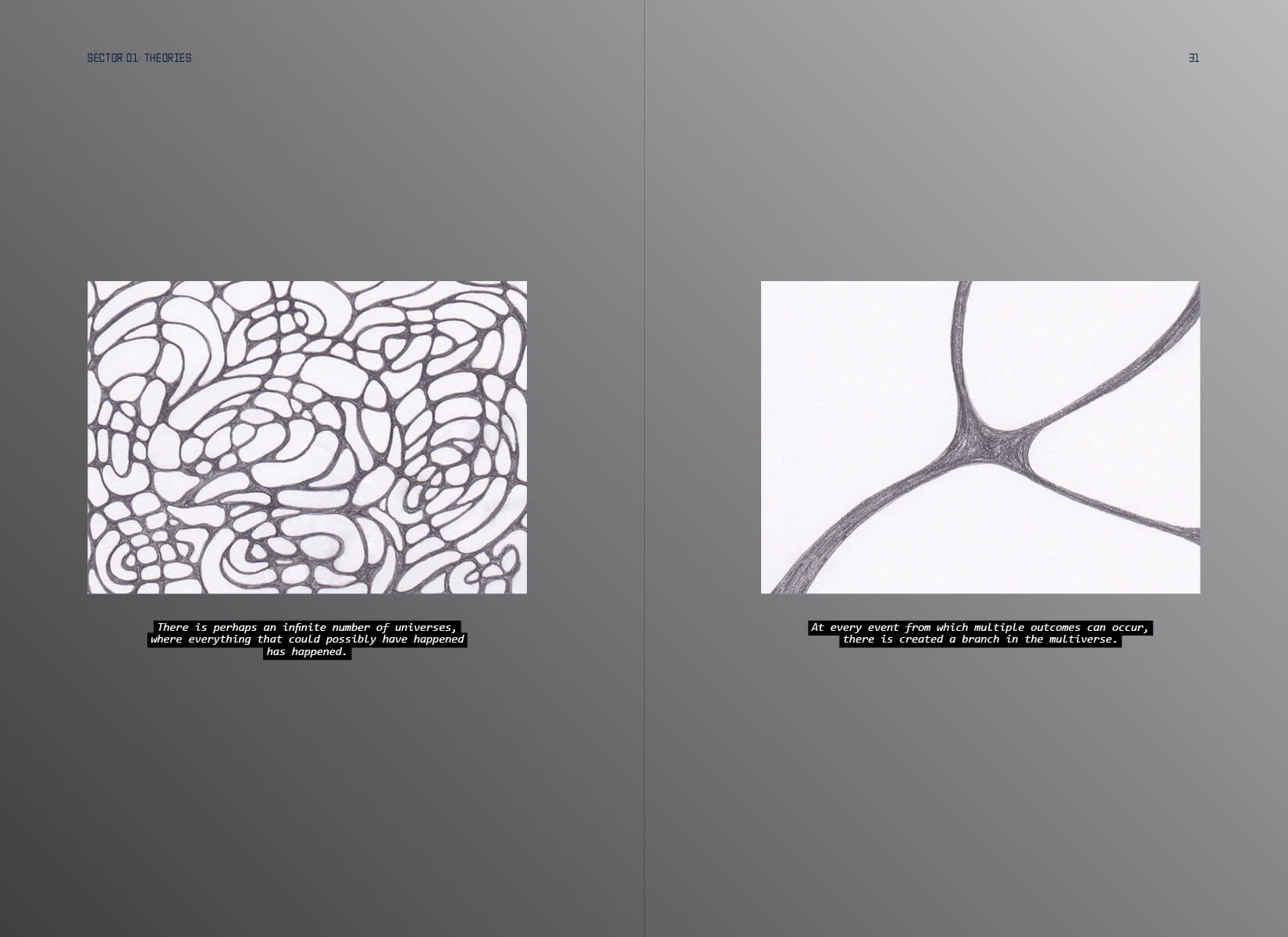 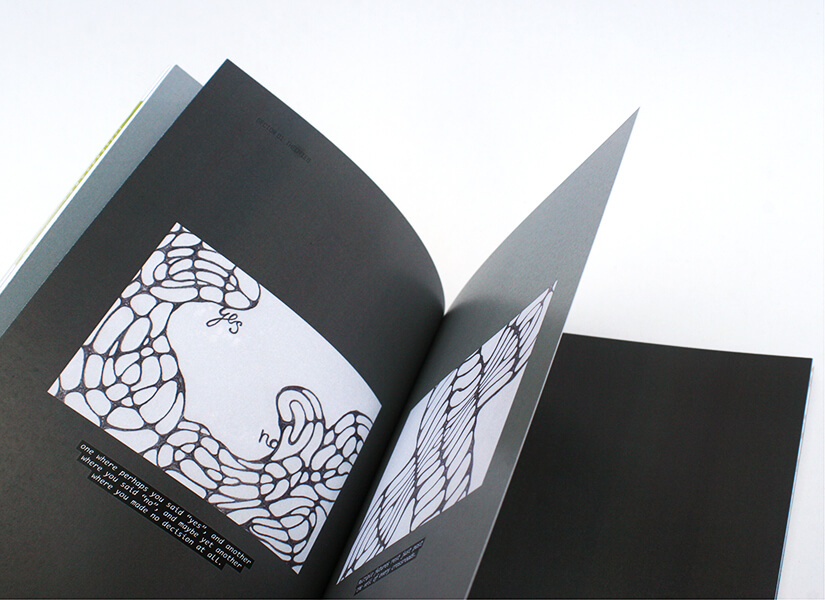 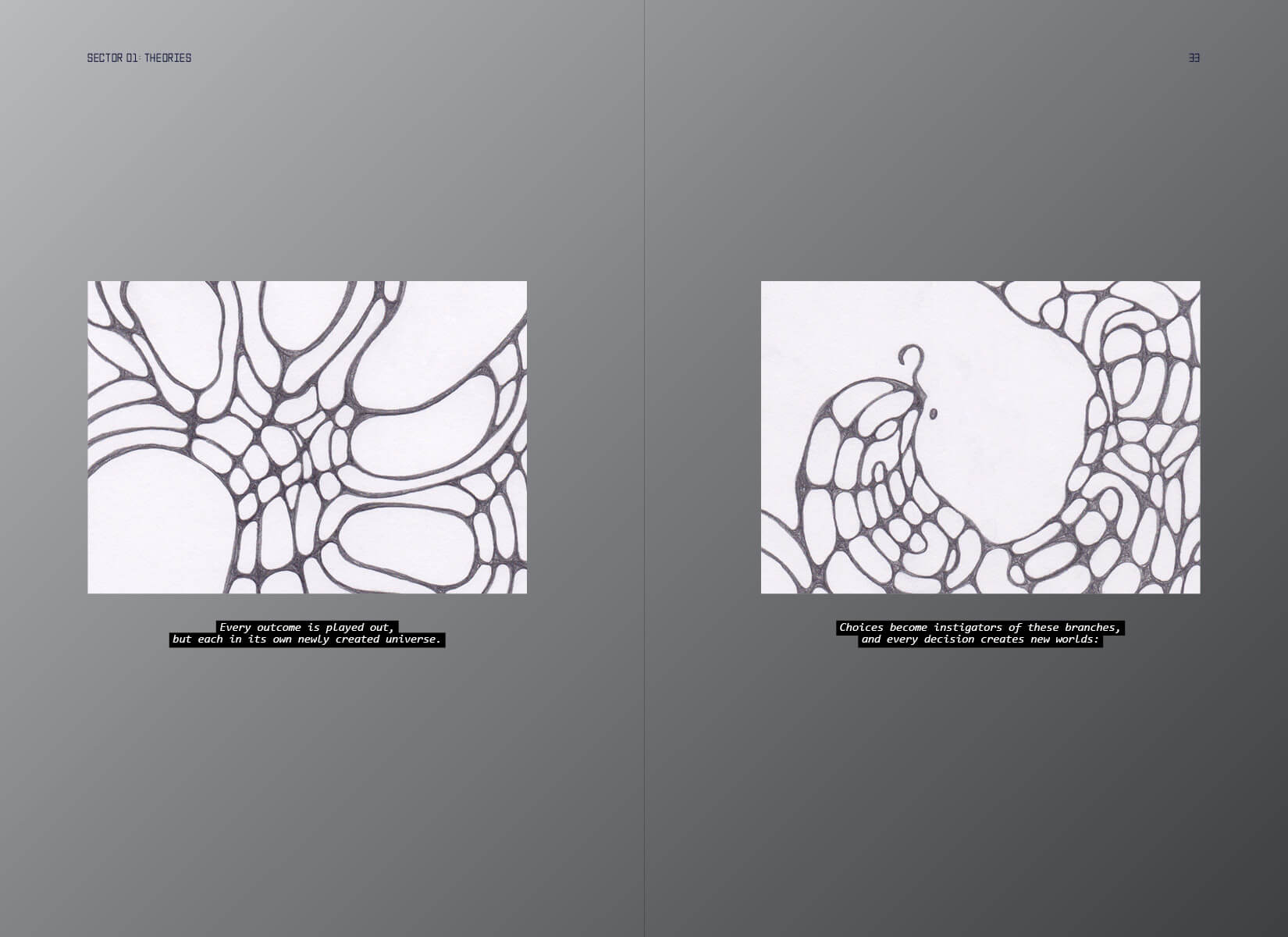 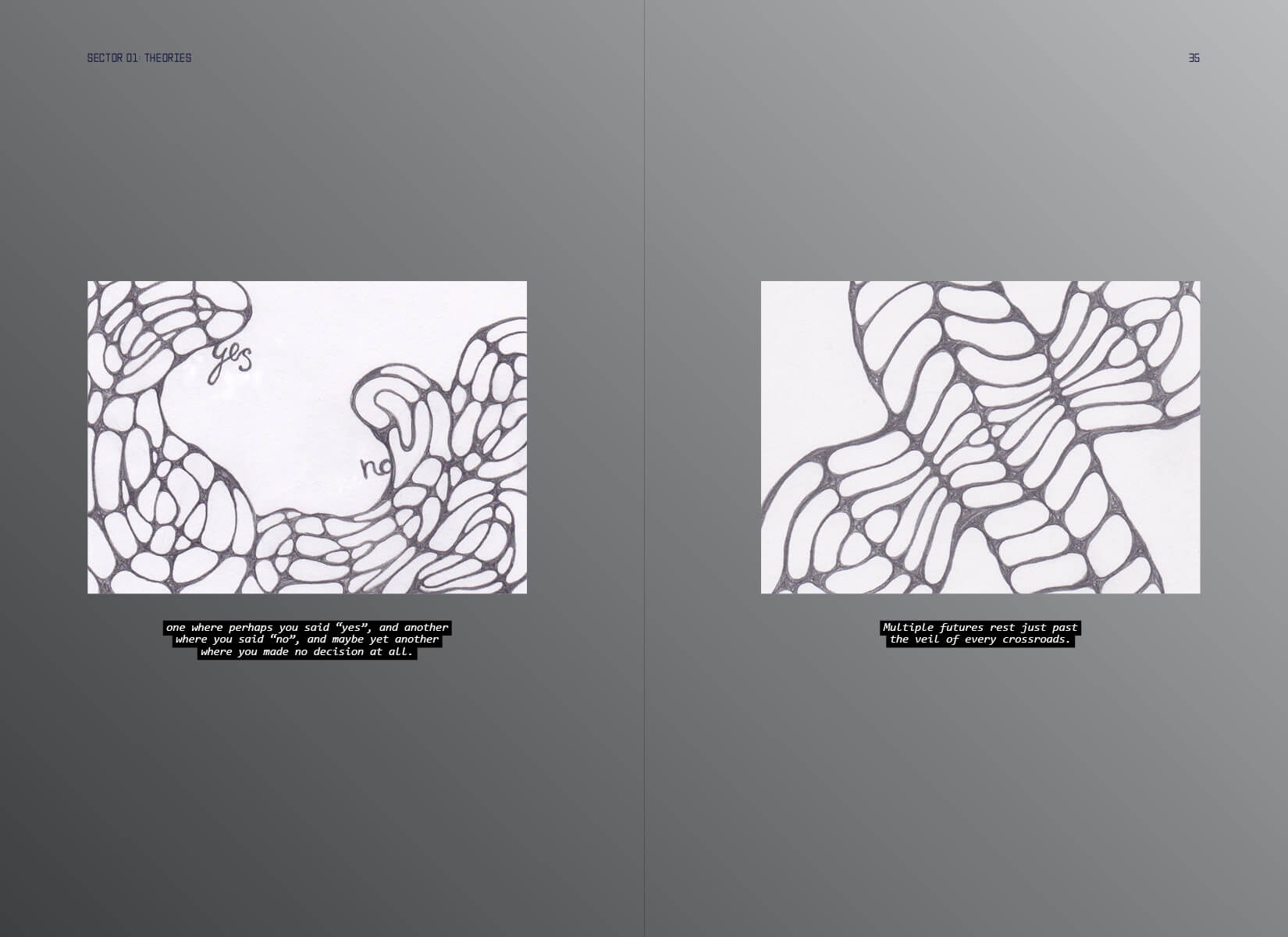 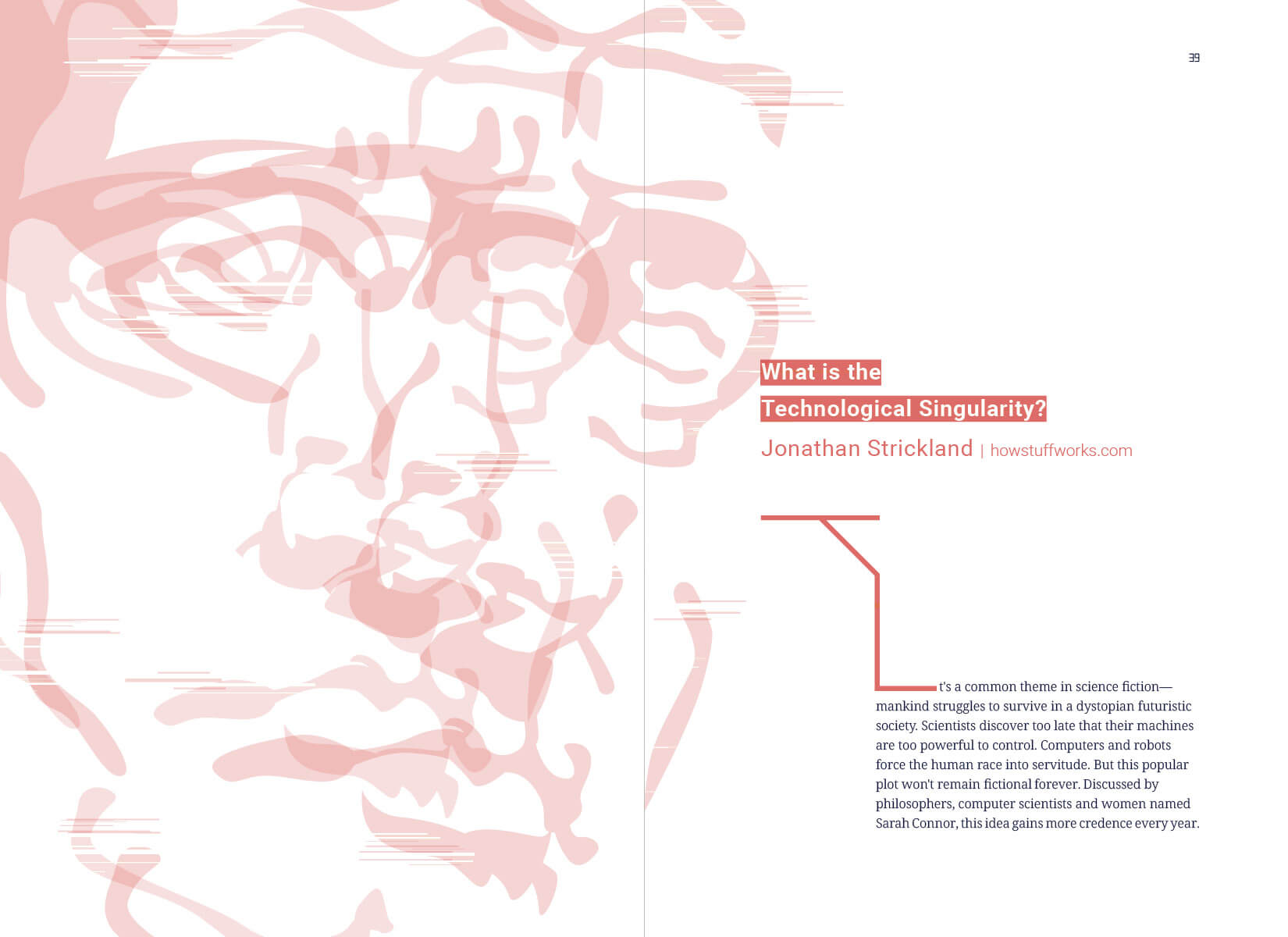 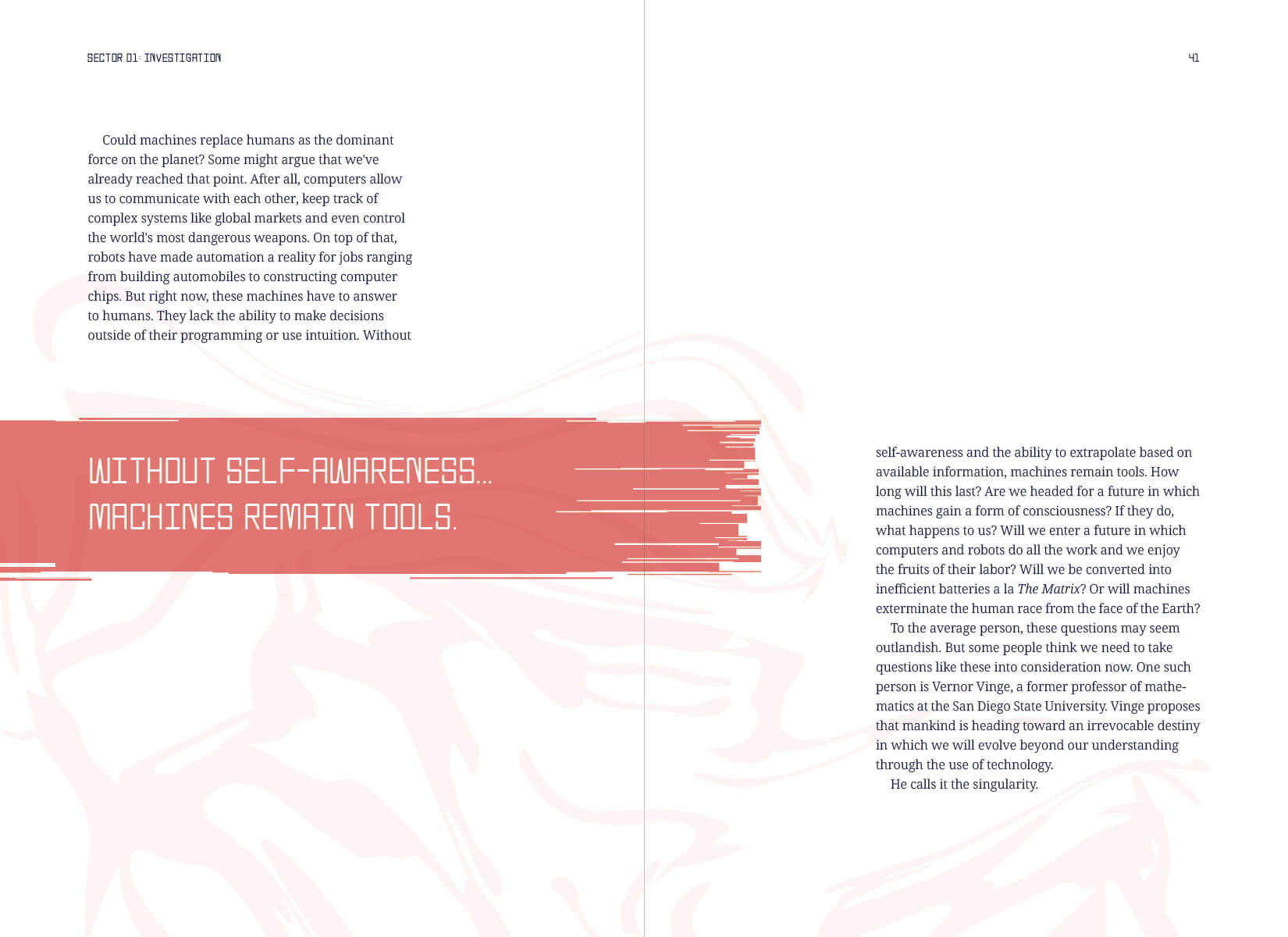 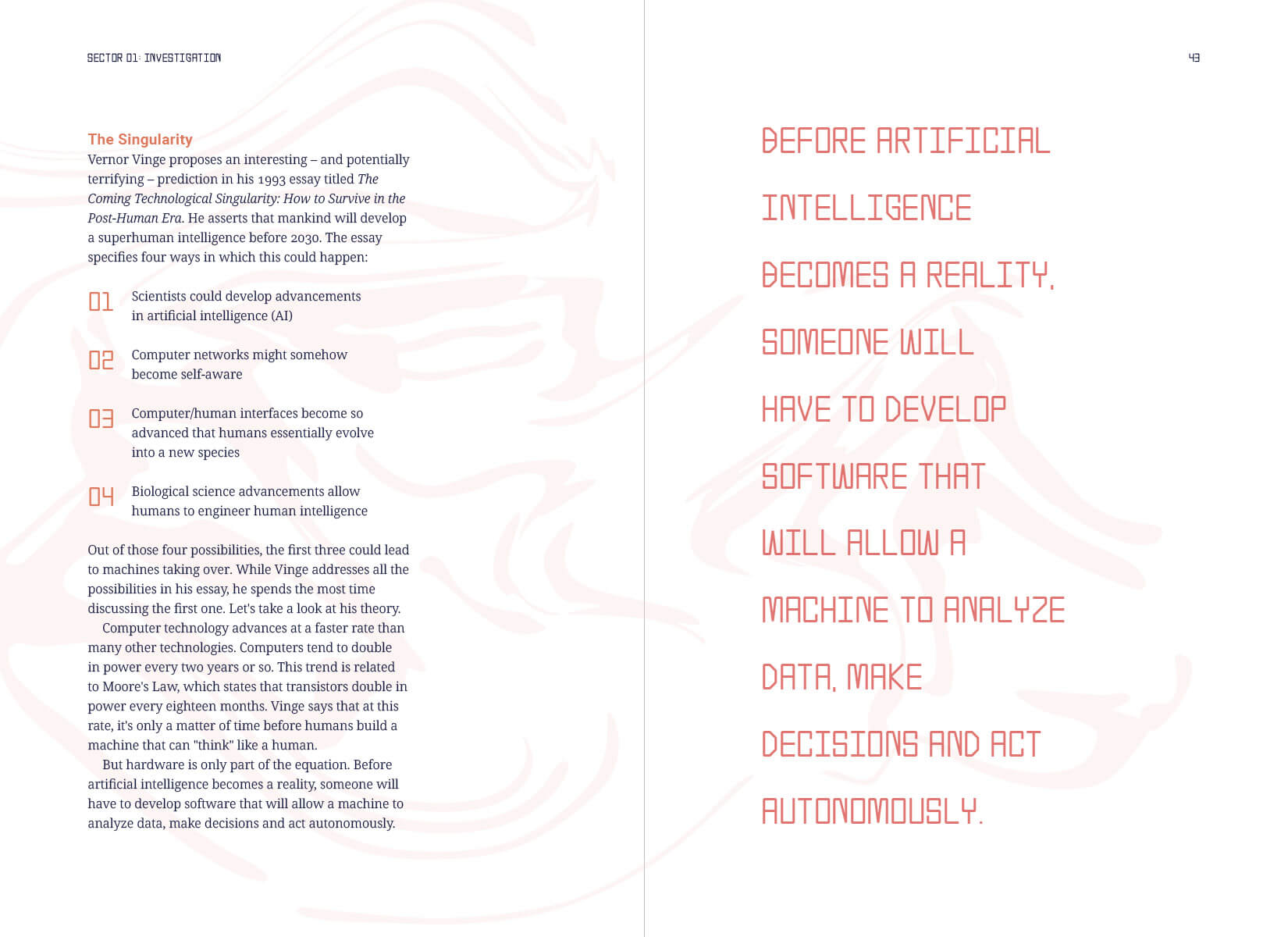 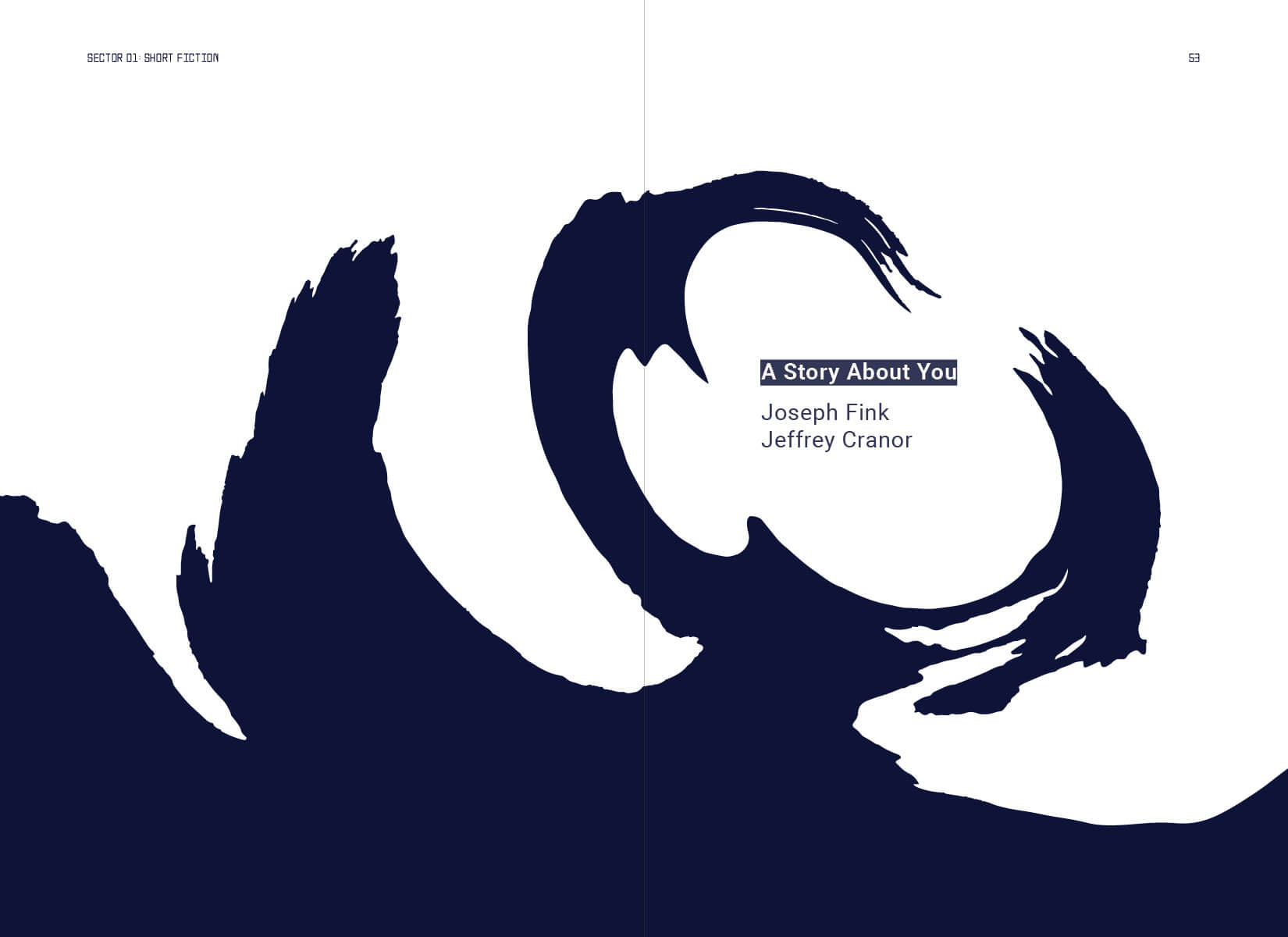 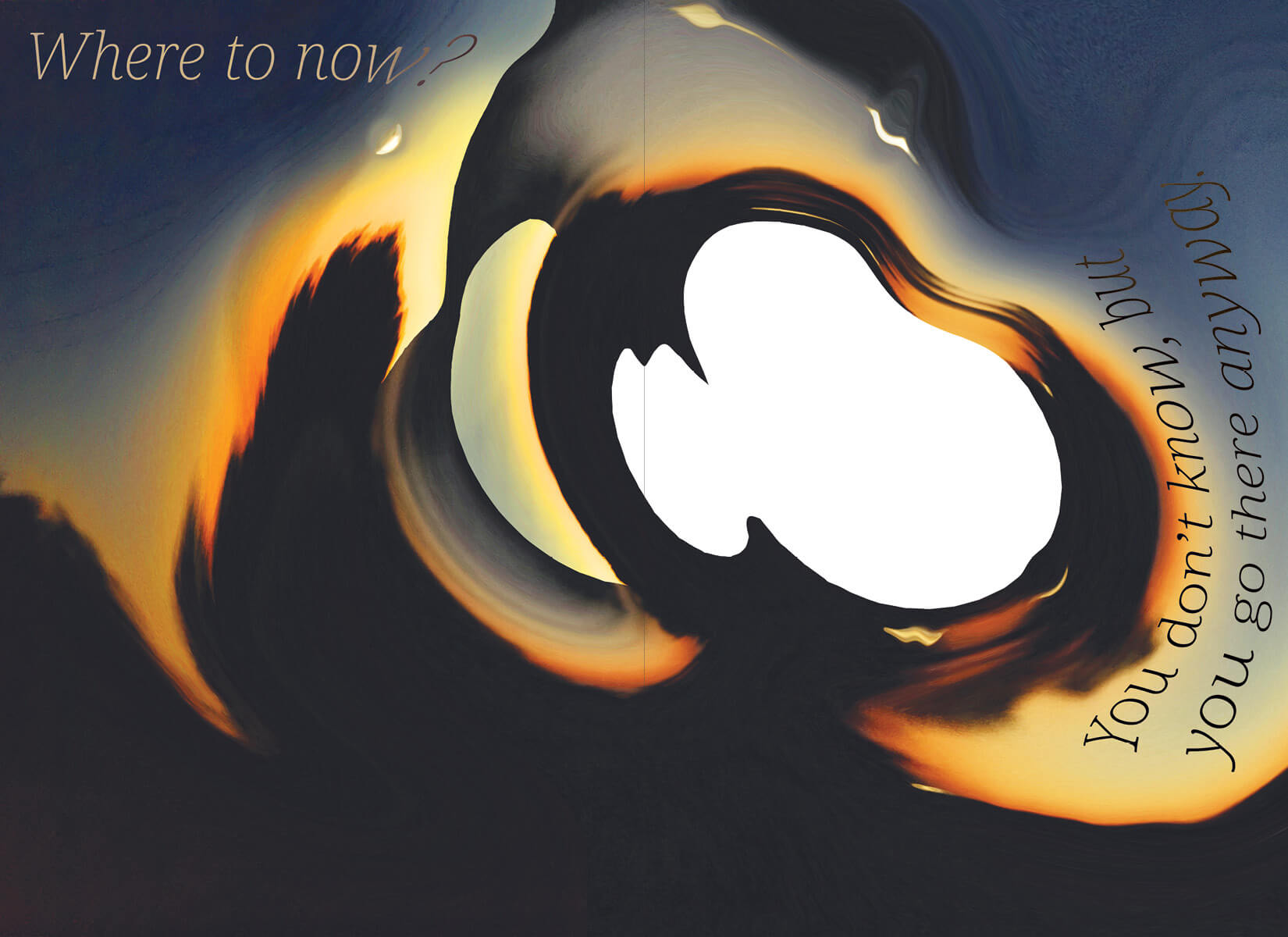 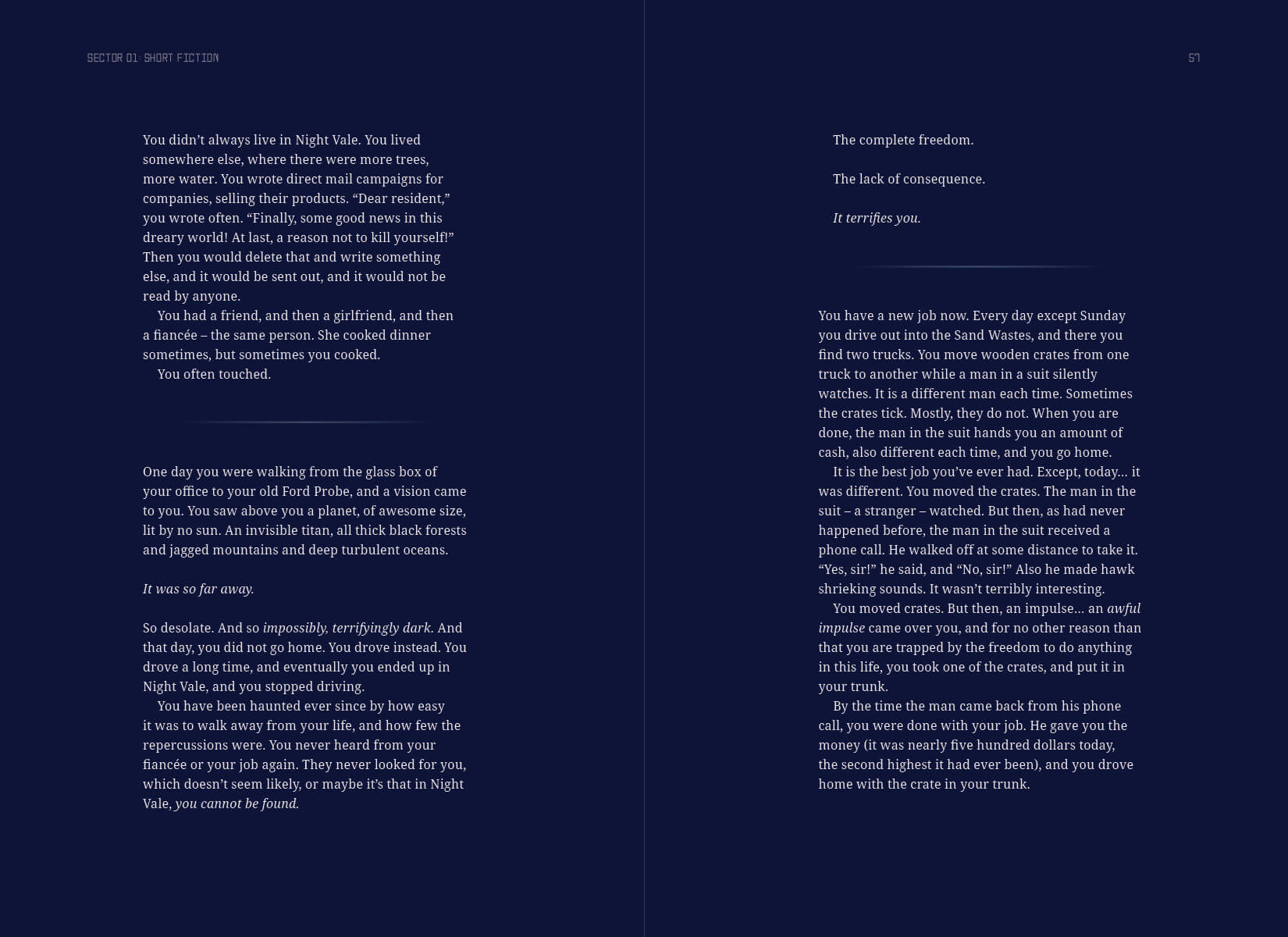 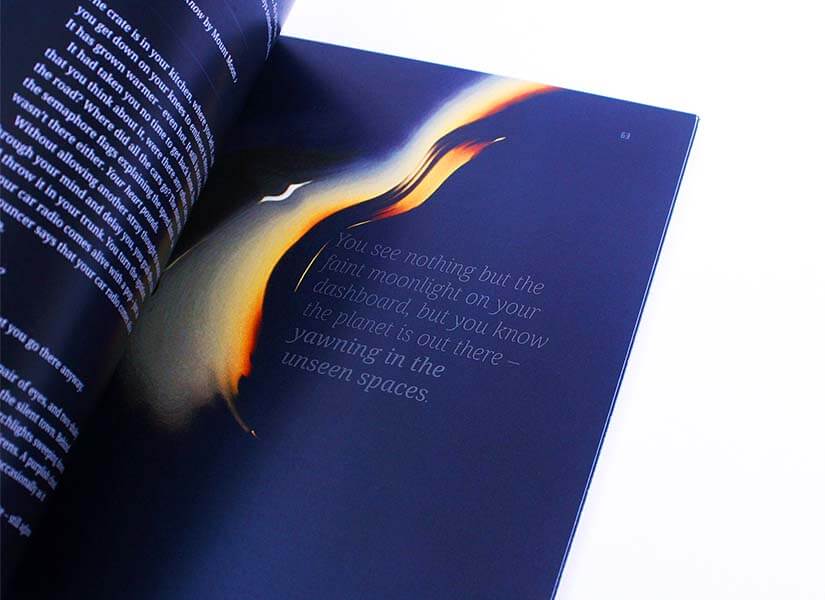 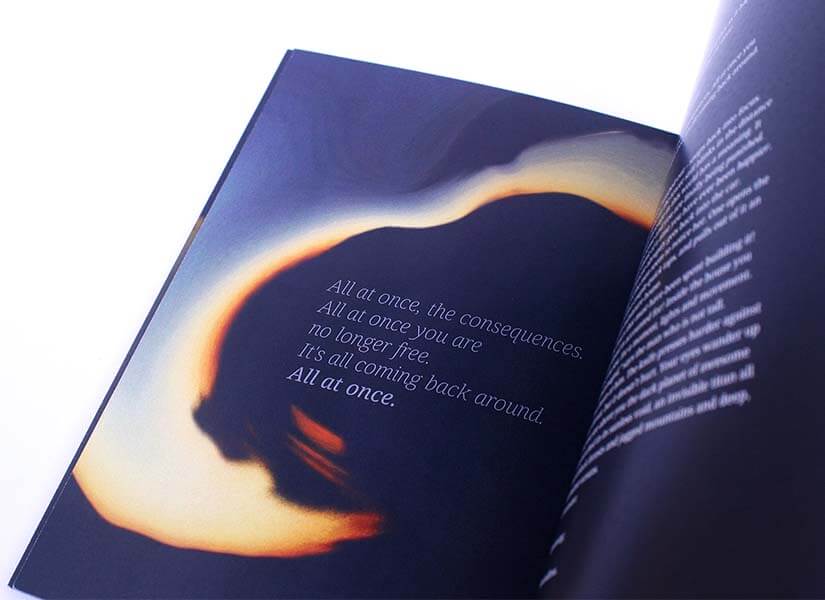 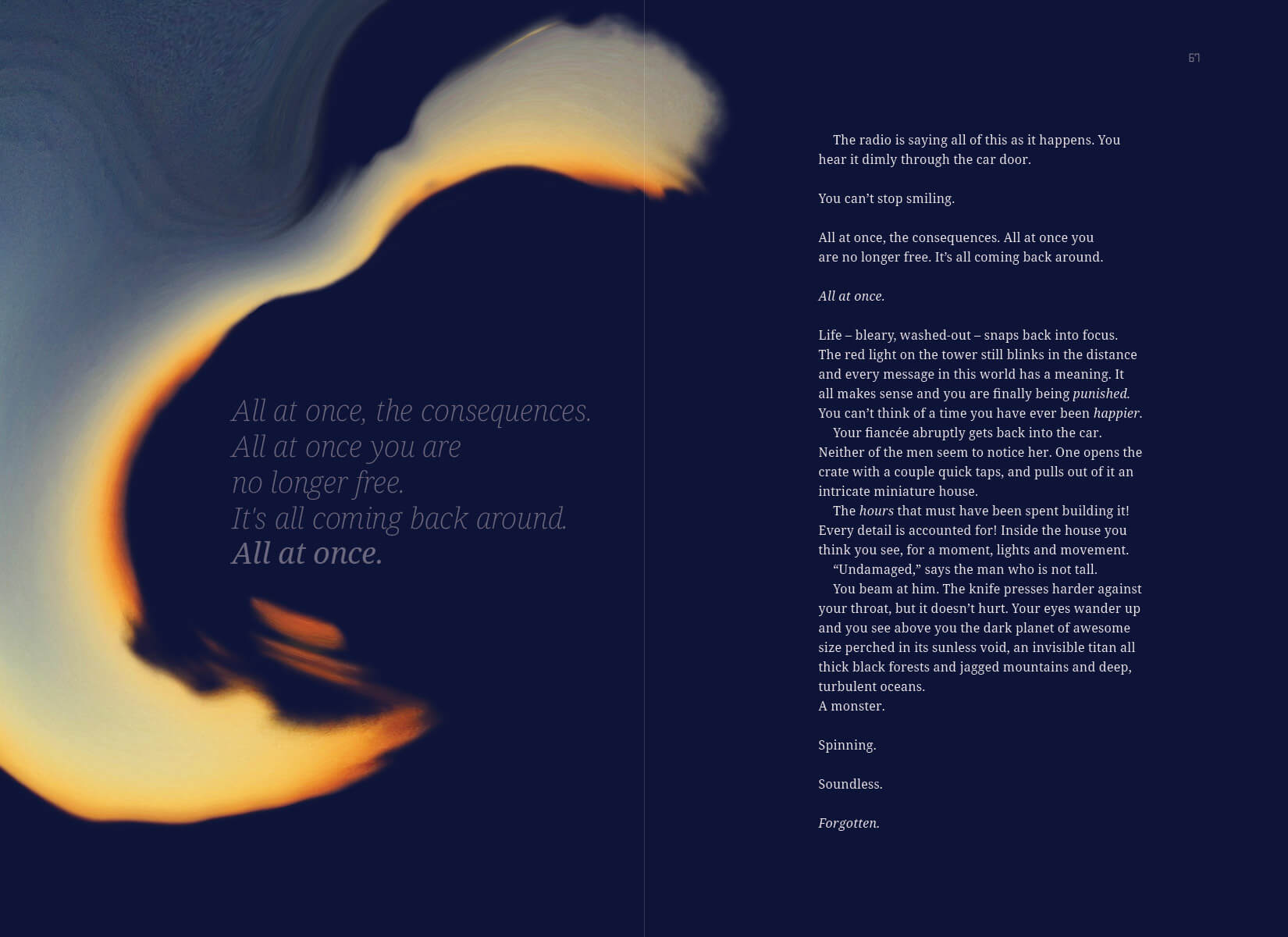 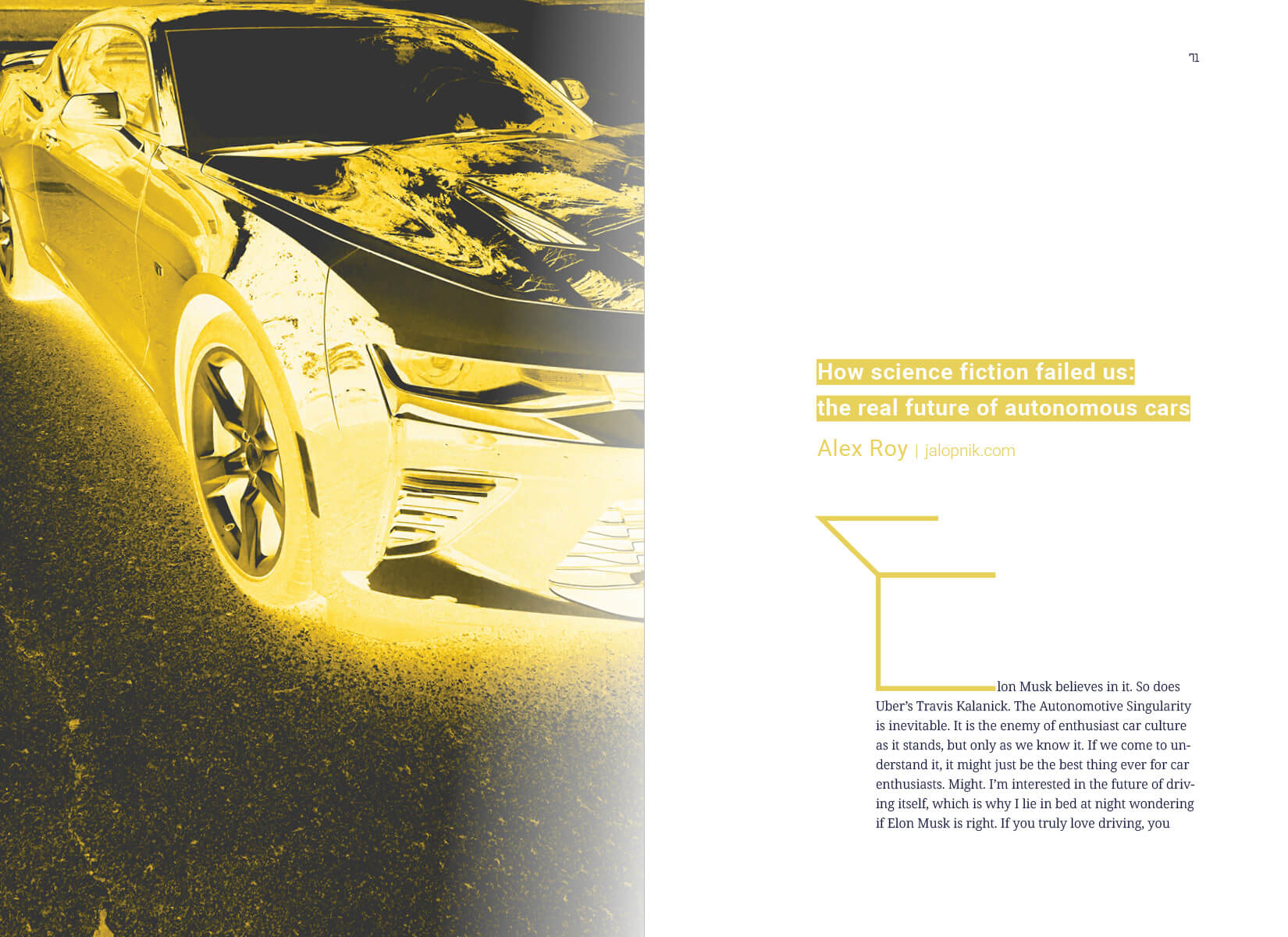 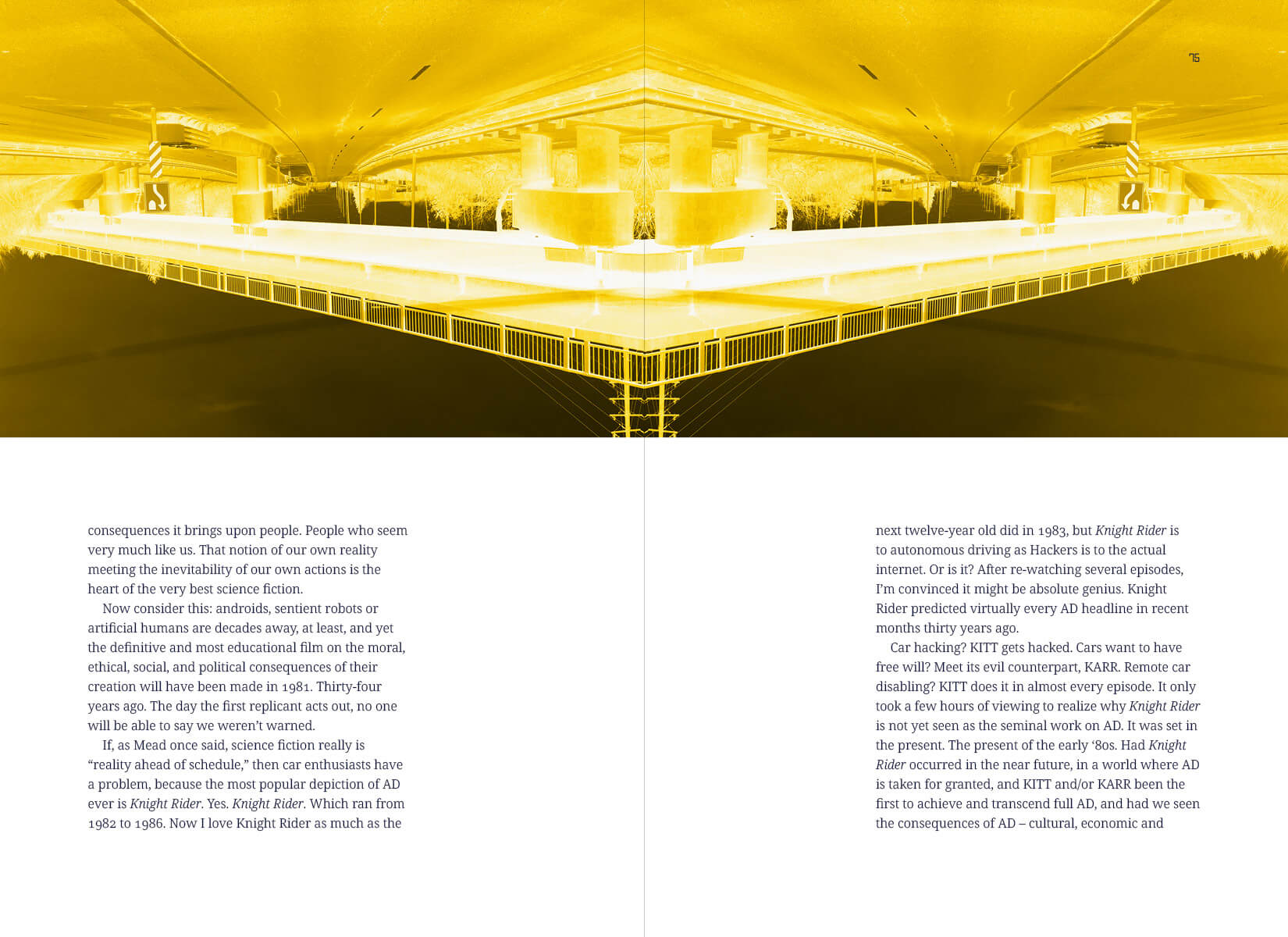 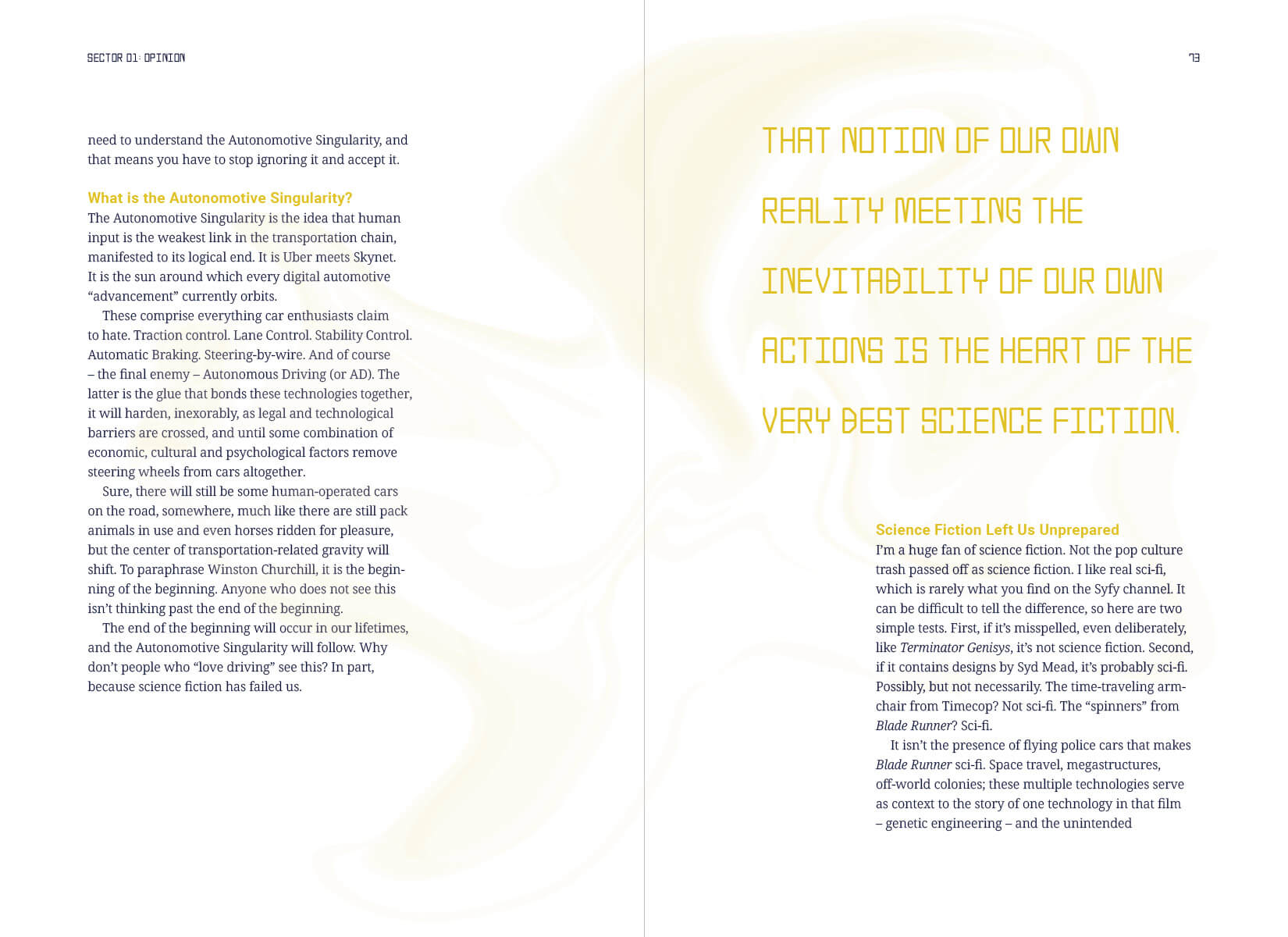 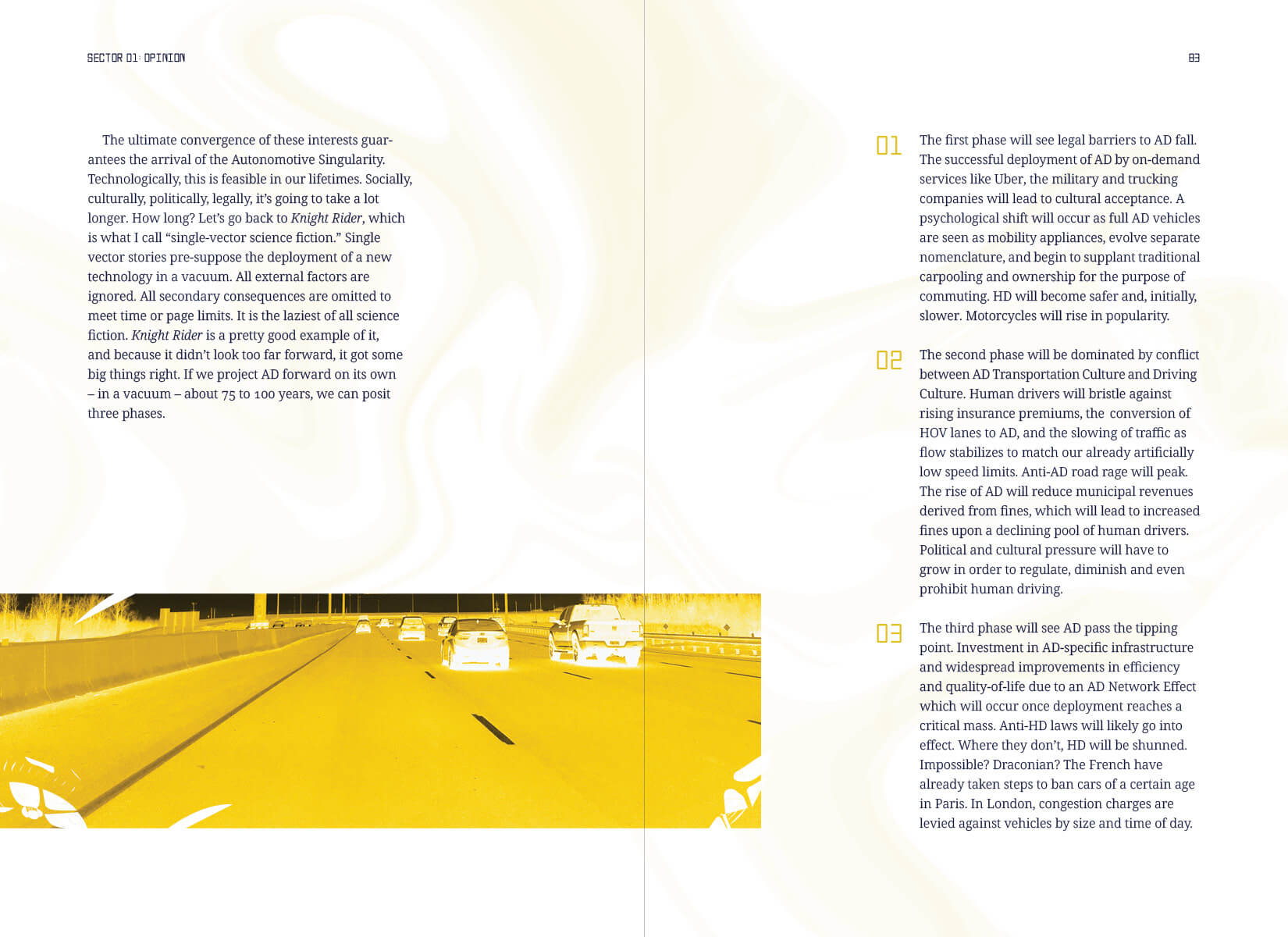 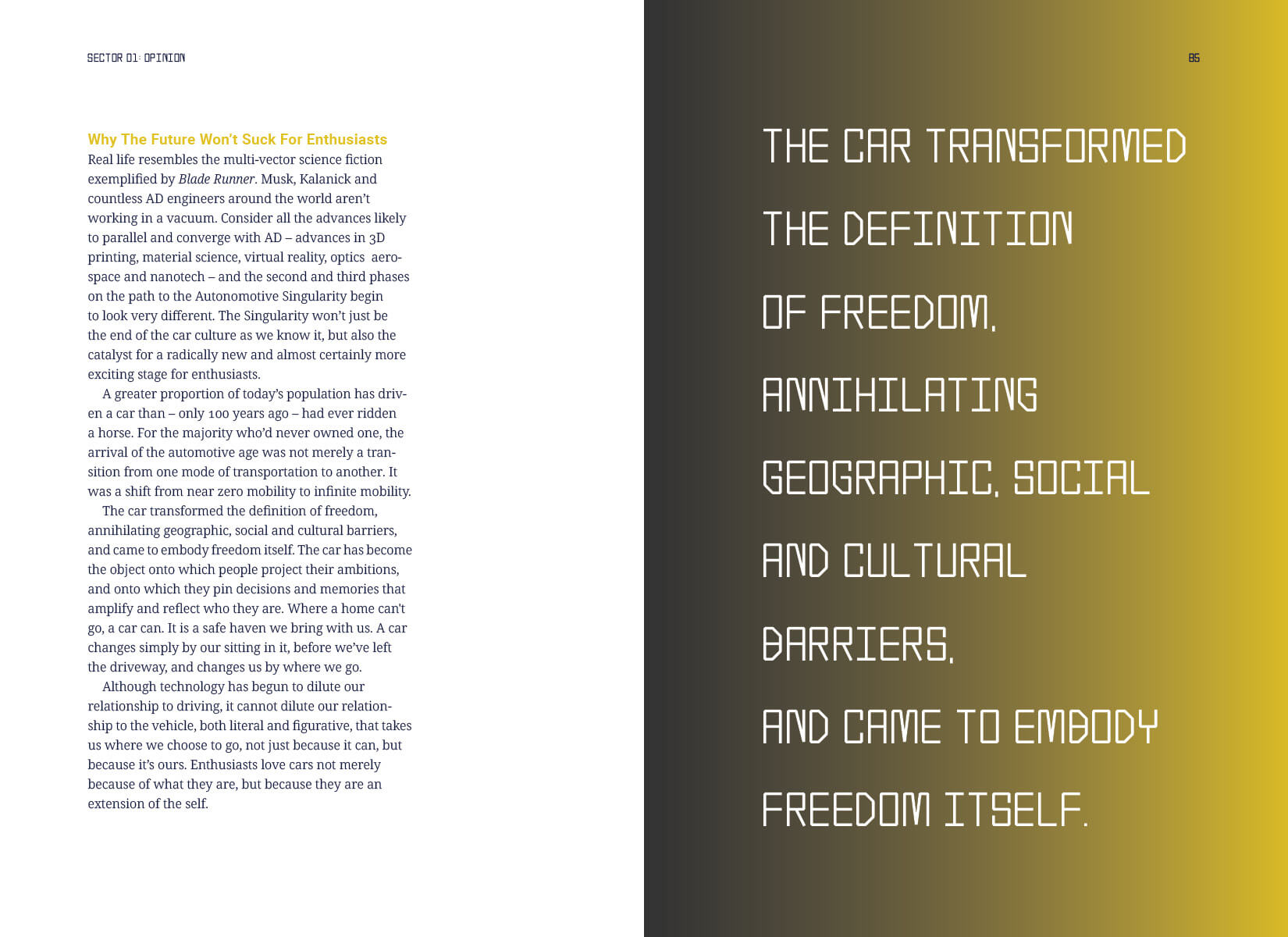